If you didn’t already know, Pokemon stands for ‘Pocket Monster’ due to the fact that large monsters can be contained in small capsules known as ‘Pokeballs’ that can fit into one’s pocket (in case you ‘really’ didn’t know Kuro no Shoukanshi, Pokemon is a computer game with popular spinoff merchandise such as Pokemon plush toys, Pokemon figures, and a variety of trading game cards, such as promo cards, holofoil cards, shiny entei, and others). Generally speaking, most of the Pokemon are cute to look at, which usually belies some ferocious power they have. Pikachu, for example, is hands down considered the Pokemon mascot. Pikachu looks cute and adorable (kind of a cross between a seal and a ferret) but can shock an opponent with a tremendous electrical charge. 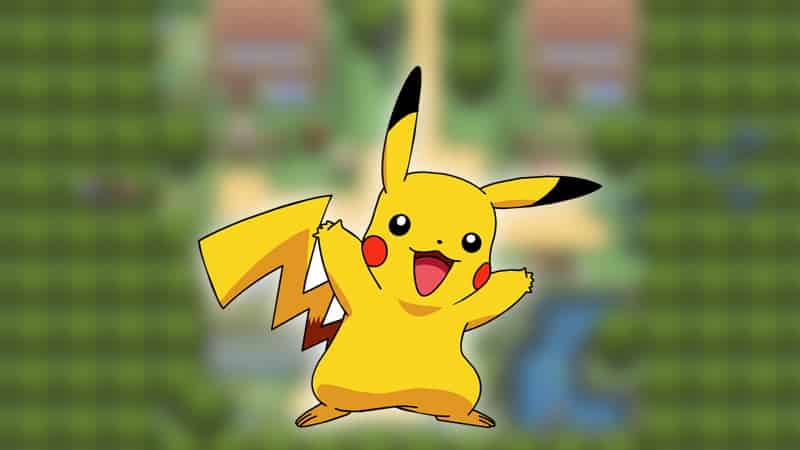 Pokemon is complicated on the surface, and is complicated behind the scenes as well. As a game, it has steadily evolved, has had its up’s and down’s, and is undisputedly very popular, though I fail to see how it stands in originality when pitted against other games of its caliber. I can only think that the fantasy concepts behind drive game play and keep ‘trainers’ engrossed on their way to becoming Pokemon Masters.

There are several noteworthy cultural observations that i have behind Pokemon. The first is that the inventor of the game, Satoshi Tajiri, was an avid insect collector and that this pastime is actually the original concept behind the game- that you would catch monsters like you would insects and keep them in capsules ready for battle with your friend’s monster, like two boys will sometimes battle insects. Having lived in Japan for many years, I have seen how fanatic boys here can be about collecting insects and keeping them in little green plastic baskets. They can spend the whole day doing this. They can even spend up to several hundred dollars U. S. for a single armored beetle! The other concept that comes to mind culturally is that of bonsai. I don’t know what Mr. Tajiri’s initial thoughts were about the size and capsules of his game monsters, but very quickly the game evolved into a scenario in which a catcher (trainer) could use a Pokeball to shrink a very large ‘monster’ to fit into a small container. Anyone who has been to Japan can immediately appreciate the japanese knack of fitting large things into small spaces in a practical sense, and ‘miniaturizing’ nature in the artistic sense. Pokemon are among the hottest spin offs out there in the toy and gaming industry. Why are they so popular and why would it be so difficult to rival that popularity?

I went to the opening of a new shopping mall with my son the other day and could hardly believe the crowd at the Pokemon store. There was a actually a line snaking around the corridor with people waiting to get in. I had never seen such a run since i waited all day in line to buy the original Bondi IMac the first day it went on sale (yes, I was ‘quite’ young then). Anyway, my son could not stop talking about Pokemon black and white goods: Pokemon Black and white game, figures, Pokedolls (otherwise known as Pokemon plushies), trading cards and so on. Whether he was talking about Promo cards or Shiny Raikou, everything had to be Black and white!

Personally, as a child I loved plastics models, which was a little odd for a girl, until I discovered Pacman, that is but models do have some things in common with Pokemon. The big question is: how could a computer game gain such fame, attraction, and boost so many spin offs? Obviously, Pokemon is far more than a game. It’s part of our culture. No video game in history has accomplished as much as Pokemon.

The number one reason for its popularity is its premise. Among games, the premise behind the game is totally originally and intriguing. So intriguing in fact that fans are more than happy to accept the Pokemon story at face value and do not demand a more detailed background behind the mythical creatures. It is quite modern in the sense that it incorporates DNA and spontaneous evolution into the play and in that sense maintains credibility in its fantasy. With millions of users and fans around the world it is very fascinating.

Secondly, the monsters themselves were brilliantly designed. Cute, but not too cute to turn off the older crowd, they’re only monsters when they use their ferocious powers in the battlefield. Simply put, there’s nothing else out there quite like Pokemon. They are phenomena by themselves.

So now for my silly idea, which is in fact just a rip off on the Pokemon concept. We build a game (and later stuffed toys of course) around a line of cute dinosaurs. You can cross breed the dinosaurs by incubating eggs from different dinosaurs or by using an infusion rod into the egg. Meat eating dinosaurs can’t cross with plant eaters, and land dinosaurs can cross with aquatic dinosaurs but with unpredictable results. The dinosaurs only breed in sets of six, but can be killed in battle. Herdsman take possession of dinosaur group, and they have battles too like in Pokemon. See, I told you, a really bad idea. One of the hardest things in the world to do is come up with something completely unique.